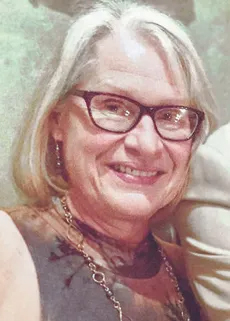 The endowment, to be administered by the Aberdeen Public Schools Foundation, will provide scholarships for students that both excel in academics and have financial need.  The endowment was established with initial gifts from her siblings, William Taylor, Jr, Douglas Sherman and Ann Taylor.

Claire Taylor-Sherman cemented many lifelong friendships growing up in Aberdeen, and graduated from Central HS in 1972 where she was named to the National Honor Society and was class Valedictorian. She met and established close relationships with many of her friends in band, where she was All State in clarinet, and was a varsity cheerleader.

She attended and graduated from Williams College with a BA in Economics in 1976. Claire was a pioneer at Williams, graduating in the second class where women attended their entire undergraduate years there.  After graduation, Claire worked in banking in New York City, Casper, Wyoming and Rapid City, SD before settling in St. Paul, MN before continuing her education, earning an MBA in 1990 from the University of Minnesota. Soon thereafter she began to pursue a law degree from the U of M School of Law where she was published in the Minnesota Law Review in 1992. She graduated and was also admitted to the Minnesota Bar in 1993. She practiced law at Dougherty, Rumble, and Butler before working for several businesses, and finally in the medical device industry.

Claire will be forever known for the many close, long lasting friendships she nurtured throughout her life.

Those wishing to help support the growth of the Claire Taylor-Sherman Endowment are asked to contact the Aberdeen Public Schools Foundation.

For more information about the Claire Taylor-Sherman Endowment, please contact the Foundation Office at 605-725-7118 or Gretchen.Sharp@k12.sd.us.